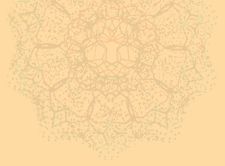 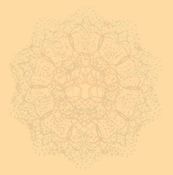 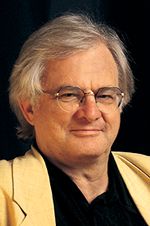 Marco Bischof is an independant scholar, science writer and consultant in frontier areas of science. He has a diploma as a breathing therapist and teacher (Prof. Ilse Middendorf, Berlin) and has studied cultural and medical anthropology, comparative religion and psychology in Zurich. He is one of the leading scholars in the field of the frontier areas of the sciences and holistic medicine in the German speaking world.

Marco Bischof is a member of the board of directors of the International Institute of Biophysics, Neuss, Germany, whose managing director he has been in the years 1994-1995. He is member of the board of directors of the German Associtation for Space Energy (GASE) and the German Transpersonal Society, Berlin, and is on the Scientific Advisory board of the Inter-Universitary Master-Course for Complementary, Psychosocial and Integrative Health Promotion (Graz, Austria) and of the Monterey Institute for the Study of Healing Arts (Carmel, Kalifornien, USA). He is also a member of the Editorial board of the Russian magazine "Consciousness and Physical Reality", St. Petersburg.

From 1987 to 1988 Marco Bischof has been editor of the magazine "Bioenergetik" (International Society for Kirlian Photography and Bioelectrical Diagnosis and Therapy, Energetik-Verlag, Bruchsal). From 1990-1992 he was co-founder and member of the Research Laboratory for Biophysical Balneology, Zurzach, Switzerland. 1992 Visiting scholar, Center for Frontier Sciences, Temple University, Philadelphia. 1996-1998 scientific consultant of the Patient Information for Complementary Medicine, Berlin, Germany (Documentation, research and consultancy for complementary medicine and frontier sciences). 2000 member of the general advisory board of the "Health Days", Berlin May/June 2000, and coordinator of its subject area 8 ("Towards an Integral Medicine"). 2001-2002 visiting lecturer and member of the Working Group for Agriculture and Social Ecology at the Humboldt-University, Berlin, Institute for the Economics and Social Sciences of Agriculture.

Recently, Marco Bischof has mainly become known for his comprehensive and thoroughly researched book "Biophotons - the Light in our Cells" (Zweitausendeins Publishers, Frankfurt 1995) which has become the standard text on the field and is a "secret best-seller" which has sold over 35'000 copies in 11 printings. But the spectrum of his working areas is far wider - he has, in scientific as well as popular publications, published about the history of biology, medicine, biophysics and bioelectromagnetics, the possible significance of the vacuum for biophysics, holistic medicine, water research, geomancy, parapsychology, dream research, shamanism, celtic culture, the grail myth, and UFO’s, among other topics, and has treated many other subjects in his many lectures and seminars.

"Marco Bischof skillfully relates scientific theories, symbols and myths, as well as personal experiences, in such a way that a world of surprising connections opens up for the reader. Through his ability to unite scientific results and intuitive experience into a common view, phenomena which we usually overlook because they are too scientifically dry or too esoterically remote, unexpectedly become occasions for amazement and peeping holes into a fascinating world which is very close - or even within us - , and which we time and again cover up with engrained notions.Marco Bischof’s texts are stations towards a new imaginative "art of knowing" which tries to make knowledge again into something light and luminous and thereby give the soul back its wings" (from the jacket of his first book "Unsere Seele kann fliegen", 1985).